“You’re STILL not doing it right!”

My host father yelled at me for the umpteenth time that meal. I felt like I was doing just fine. My beautiful, lacquered Japanese chopsticks seemed to be moving quite expertly in my hands. Apparently, however, there was still something amiss with my technique.

Many moons ago, I had the distinct pleasure of doing a homestay in Japan. My hosts were a delightful family living in a small, fairly affluent town in Chiba Prefecture, about 2 hours from central Tokyo. I learned an enormous amount about Japanese culture, traditions and lifestyle from them. They were incredibly patient with my boorish Gaijin (foreigner) habits, but one thing that my host father simply could not countenance was poor chopstick usage. As a result, that same scene played itself out night after night until at some point I must have met with his approval, as the admonishments finally subsided. 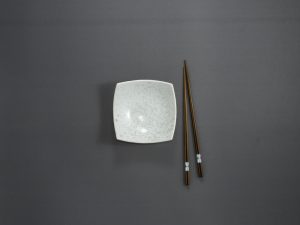 I didn’t really think too much more about it after that. Sure, I got the customary “Oohs” and “Aahs” and “You aaru beri goodo atto chopusutiku” from people, but every foreigner in Japan gets that, the same way you get a “you supeaku beri goodo Japaniizu” if you can put two or more words together. I took it pretty much with a grain of salt and just got on with my meal.

Soon after I arrived back in Australia, I went out to a Chinese restaurant with my family. It was my sister’s birthday, and we were celebrating in style. I noticed a few raised eyebrows as I manipulated the Mylar sticks to plough through my meal. At one point a solitary grain of rice dropped from my grasp, directly into my glass of iced water. It began slowly circling in wide arcs to the bottom, when I instinctively speared my chopsticks into the glass and in one movement extricated the errant grain and popped it into my mouth. I heard a sharp, collective intake of breath and looked up to see my entire family staring at me, mouths agape.

“What?” I whined, self-consciously.

“How the $%^& did you do that?” My ever-eloquent father blurted out.

“Do what?” I asked, genuinely bemused.

“You just pulled a sinking grain of rice out of your cup in one go. That was bloody unbelievable! You’ve gone Japanese, son!”

I guess that was the first time I genuinely appreciated how unforgiving my host father had been. As painful as it was at the time, I now realised the value of his uncompromising stance on my utensil usage. Sometimes you truly do need to be cruel to be kind. My family members’ striking resemblance to a school of guppy fish at feeding time in response to my shining example of extreme chopstick prowess brought that into stark relief for me. All of a sudden, I was conscious of the fact that these elegant little rods had become an extension of my own hands. People still sometimes stare at me when I eat Asian food. There is something utterly joyful about feeling so at home and natural with something when many around you are struggling clumsily to get that dumpling from the plate to their mouths.

To this day, I still sometimes chuckle over these memories. It’s one of my life’s little pleasures to put my skills through their paces with a sumptuous Japanese meal. Few things compare to the feel of a beautiful pair of chopsticks in my hand. For me, the fine balance and the delicate touch of finely crafted chopsticks are sensations that bring added flavour and texture to a meal. Given my experiences, Japanese chopsticks are definitely my preference and something of a passion. That’s why we’ve put so much time and care into sourcing the most elegant, stunning Japanese chopsticks for Homeware secrets. From decoratively lacquered, to minimalistic hand carved feel, our range has something for everyone.

Sign up for The Homeware Secrets Society for news, ideas and more secrets! Shhh...

Sign up for The Homeware Secrets Society for news, ideas and more secrets! Shhh…